However in 2020, the outlook doesn’t seem any better. As 2020 may bring another catastrophic flood according to the National Weather Service.

So, with stories of intense localized thunderstorms and flash flooding becoming more common, you should take time to read the fine print regarding your homeowners insurance policy and its flood coverage. While much flood of the damage will be fixed after flood insurance kicks in, many homeowners are unpleasantly surprised by the startling reality that damage caused by flood waters is likely not covered by their homeowners policies.

Most homeowners insurance policies don’t cover damage from flooding or any other source of ground water unless the cause of the intrusion is covered. This surprises most homeowners as even something as simple as water in your basement may not be covered. I have written another article on that same topic.

While U.S. homeowners who live in a “special flood hazard area,” as determined by the Federal Emergency Management Agency (FEMA), are required to buy flood insurance through the National Flood Insurance Program (NFIP) for as long as they have a mortgage, many homeowners are not required to carry special flood coverage.

Three Reasons Why You Should Get Flood Insurance

Even if it’s not required, you should consider getting flood insurance.  While your mortgage lender will require you to purchase flood insurance if your home is in a FEMA-designated special flood hazard area, that doesn’t mean you can’t, or shouldn’t, buy flood insurance voluntarily.

If you’re on the fence about flood insurance or feeling vulnerable after hearing about the flood damage in Nebraska, here are some reasons to consider purchasing this important coverage.

1: Flood insurance outside flood-prone areas can be very affordable.

We have all seen the damage that a flood can cause, however when you are not in a flood prone area you may be surprised by how affordable the average flood insurance policy costs in Nebraska. The average cost of a Flood Insurance policy through the NFIP in Nebraska is $998.00.[3]

Now while that average sounds pretty high, a majority of that average is because most of the homes with flood insurance in Nebraska have been required due to the flood zones. If you are outside of a flood prone area, meaning you are in Flood Zone X, your annual premium for a flood insurance policy is likely to be less than $450.00 annually.

So while the $998.00 is average cost, the rate will vary depending on your homes values and proximity to a flood plain. Most of the homes that were effected in the 2019 Nebraska flood, were uninsured and were in Flood Zone X. So even though you may be less prone to a flood, that doesn’t mean that it won’t happen to you.

2: Living outside a designated flood zone doesn’t mean your property is safe.

While the government does its best to estimate where flooding will occur, their models can become quickly outdated and may not reflect today’s risk for flooding.

Flood zone are determined by past conditions but cannot predict future conditions or climates. As it’s impossible to draw a line and determine exactly where the water is going to stop.

Because of this, many floods occur outside these designated special flood hazard areas. This includes recent flooding in Nebraska, but also elsewhere around the country – specifically near the nation’s coasts and in low-lying inland areas near rivers and lakes. FEMA says more than 20% of flood insurance claims fall outside flood zones each year.

In fact, so many people still think that since they aren’t in a flood zone, it won’t ever effect them. So much so that FEMA is developing a new way to determine flood zones and risk rating.

One way to assess your home’s vulnerability if you’re worried is to check the dates on the flood maps in your area. Older maps will not account for recent developments and those changes can alter the risks of water getting close to your home.

3: Flood damage tends to be catastrophic.

Floods are the most common and costly natural disaster in America, according to FEMA, causing billions of dollars in damage every year. On average, floods cost Americans $8.2 billion in damages annually.

And, the flooding doesn’t have to be extensive, either. As FEMA estimates, recovering from just an inch of water inside your building can cost about $27,000. Without flood insurance, you’d be left to cover the costs of those renovations entirely on your own.

If you’re thinking of buying flood insurance, it’s important to speak with your insurance agent to figure out how much coverage to buy, what exactly it covers, and how long your waiting period is. Typically you will need to pay for your flood insurance policy for 30 days before your coverage is in force; you can’t just pick up a policy at the first sign of a big storm system in the forecast.

Before you buy coverage, some of the questions you should ask include:

Hi there! I'm Tyler, an agent at Suhr & Lichty Insurance Agency. I am here to help in anyway I can. Please reach out and contact me for anything you need. Be sure to connect with us on our social media below as well :) 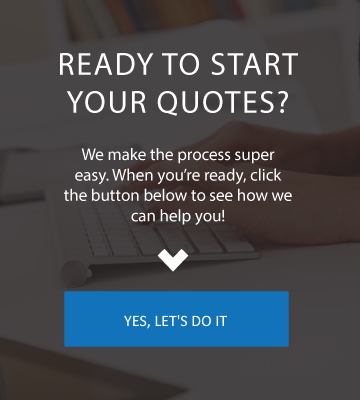 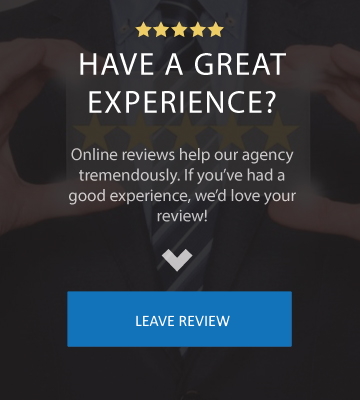